In 2013 we published the first untargeted metabolomic analysis of vaginal samples from women with or without BV. This paper highlighted the biogenic amines, putrescine and cadaverine as important characteristic compounds of symptomatic BV, being directly associated with the clinical sign malodor. Other studies published before and after this work have supported these findings using various methods and implicated additional biogenic amines (BAs), including trimethylamine and agmatine. We have since shown that many of these compounds increase as women transition from a healthy Lactobacillus spp.-dominant vaginal microbiome to a low-Lactobacillus spp. dysbiotic state

BAs are organic compounds with one or more amine (NH2) group. In addition to agmatine, cadaverine, putrescine, and trimethylamine (described above), other common BAs include tyramine, spermine, and spermidine, which are also part of the vaginal metabolome. Intriguingly, BAs may be important factors that facilitate the transition from healthy Lactobacillus spp.-dominant microbiome to a low-Lactobacillus spp. dysbiotic state and BV.

The majority of healthy women (~70 %) have vaginal microbiomes that are dominated by Lactobacillus spp. These lactobacilli ferment vaginal glycogen to produce lactic acid and in doing so create an acidic (pH ~3.5 – 4.5) environment that limits the colonizing potential and outgrowth of other microbes, including potential pathogens. Acidified lactate, along with other antimicrobial activities of the Lactobacillus spp.  (i.e. the production of hydrogen peroxide and bacteriocins) provides one of the most important barriers to uropathogenic invasion.

Many BAs are primarily produced via specific amino acid decarboxylation (AAD) pathways. Because AAD reactions consume protons, the production of BAs may actively reduce pH. Various microbes produce BAs including agmatine, putrescine, and cadaverine  at acidic pH as part of the ornithine-, arginine-, and lysine- dependent acid resistance pathways. The decarboxylation of arginine to produce agmatine, for example, has been seen to protect E. coli strains at pH 2.5, while the other two pathways are more active at pH 4 – 6 (similar to that seen in the vagina).

Using a dual Gas-chromatography (GC)- and High Pressure Liquid Chromatography (HPLC)- Mass Spectrometry (MS) metabolomic approach, we have shown that women with low or no Lactobacillus species in their vaginal microbiota had significantly higher vaginal concentrations of the BAs cadaverine, putrescine, and agmatine than women whose vaginal microbiota were dominated by Lactobacillus crispatus or Lactobacillus iners (These are the two most common Lactobacillus species other common community profiles (dominated by L. jensenii or L. gasseri) were not seen in this study. Additionally, our analyses revealed that the precursor amino acids to each of these BAs (lysine, methionine, ornithine, arginine, and tyrosine) were all significantly lower in women with low or no Lactobacillus species. In contrast spermine and spermidine were higher in these women. This later result is consistent with previous work that demonstrated increases in spermidine and/or spermine within the vaginal fluid of women without BV when compared to women with BV. More recently we used a targeted metabolomic approach to analyzed twelve women who, as part of the Human Microbiome Project, were sampled daily over 10 weeks and seen to transition from a Lactobacillus spp.-dominant microbiome to a low or no Lactobacillus species dysbiotic state. In this longitudinal study we quantitatively assessed all BAs and their precursor amino acids and observed significant increases in the BAs cadaverine, putrescine, and tyramine with simultaneous decreases in the amino acids arginine, lysine, ornithine and tryptophan and the BAs spermine and spermidine immediately prior to the depletion of lactobacilli and outgrowth of other bacteria.

BAs may also increase the rates of sexually transmitted infections (STI) as they have been shown to enhance the virulence of various pathogens, including Neisseria gonorrhoeae (the causative agent of Gonorrhea), which has been shown to have greater resistance to host innate immunological defenses in the presence of BAs and have greater resistance to lactic acid in the presence of either exogenous BAs or their precursor amino acids.

Collectively, these observations show elevated concentrations of select BAs are associated with the reduction in healthy vaginal lactobacilli and transition to a dysbiotic low-Lactobacillus species state. They also point to BAs as potentially underscoring the increased risks of urogenital infection. What drives these increases in BAs remains to be determined. We have shown that only a few common vaginal microbes are capable of producing BAs, and that these same microbes are not only more abundant in low-Lactobacillus species states, but begin to rapidly increase as pH increases. Some BAs, specifically putrescine, spermine, and spermidine may also be produced by the human host where they play roles in immune regulation, lipid metabolism, nucleic acid stabilization, and cell division. It is therefore possible that endogenous metabolism contributes to vaginal BA concentrations.

The outcomes of this study may finally elucidate the mechanism underpinning the onset of vaginal dysbiosis and bacterial vaginosis, something that has eluded researchers for more than 100 years. It is hoped that it will also lead tothe development of novel therapeutics and better management of symptoms for women.

This project could not be possible without the support of our collaborators, Drs. Jacques Ravel and Rebecca Brotman at the University Maryland School of Medicine.

The project forms the basis of Joanna Borgogna’s Ph.D. dissertation. You can contact her for information via email: joannalynn.borgogna@msu.montana.edu 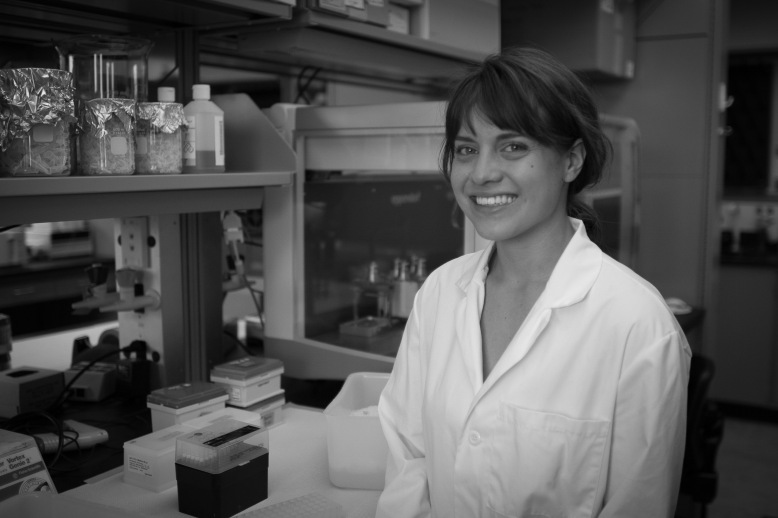